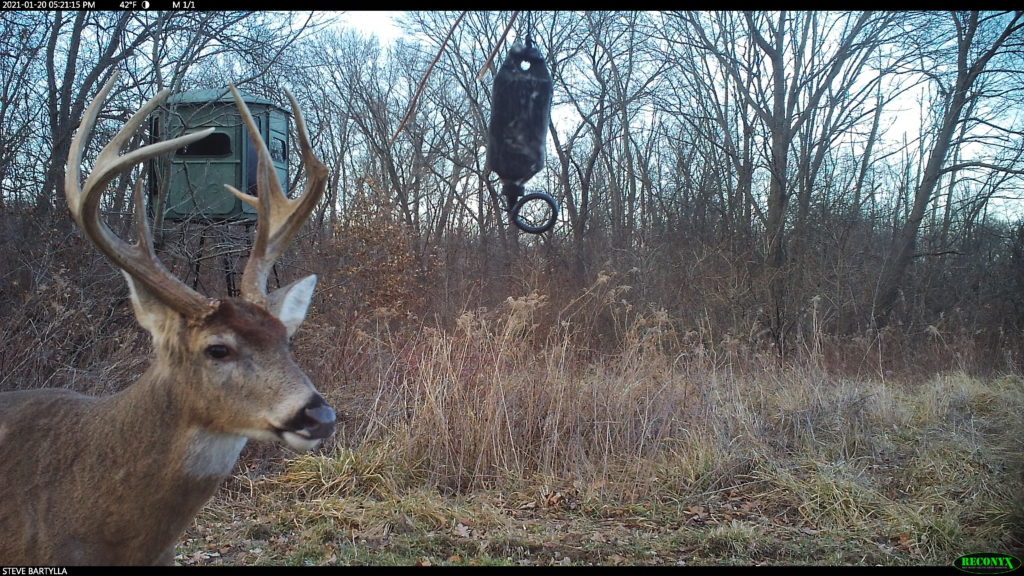 HOW TO KILL A BIG BUCK OVER A MOCK SCRAPE

I typically start articles with an anecdote about how the topic of the piece played into a hunt. But mock scrapes have likely been involved in almost any hunt I’ve experienced.

I don’t believe there’s a more powerful — and underrated — scouting and hunting tool than mock scrapes. Here’s why and how you can make the most of them in your hunting and scouting efforts.

First, I must justify my statement about mock scrapes — specifically that they’re a powerful yet underrated scouting and hunting tool. I’ll start that with a twist: Don’t expect mock scrapes to drag a buck from three ridges away to within bow range, or that mock scrapes will transform your hunting. I’ll save such claims for the overly eager marketing departments of some scent companies.

I believe wildly exaggerated claims are one of the primary reasons so many hunters shun scents and mock scrapes. They’ve heard wild claims, and some might have even believed them but ultimately realized those claims were overhyped. After people realize that, most credibility is destroyed, along with belief and trust going forward.

I’ve made thousands of mock scrapes — seriously. That doesn’t mean I know everything about them, but if practice makes perfect, I should have accidentally learned a few things and at least done one right through the law of averages. I’ve never knowingly dragged a buck to a spot with a mock scrape if he wasn’t already going to that general area. You can make a buck go a bit out of his way, but that’s different than having mock scrapes drag in every mature buck within a 2,000-yard radius.

Here’s what mock scrapes do for me, depending on how and where I make them.

None of those considerations will change the deer hunting world or fill your walls with mounts. But re-read that list. What other tactic does as much to help yet isn’t used by many hunters?

Incidentally, that list just includes the cream. I didn’t include stuff such as mock scrapes making Mr. Big hang around for the final 15 minutes of shooting light before he jumps the fence, and other more detailed management uses.

For a gigantic cherry on top, you don’t have to buy anything. Will a Magnum Scrape-Dripper filled with a quality scent — such as Wildlife Research Center’s Active-Scrape, Hot-Scrape or Golden Scrape — take a mock scrape up a notch? Yes, if done properly, but mock scrapes without any product can be helpful, too.

You can play with mock scrapes with or without spending money. Yes, folks who buy drippers and quality scents have a significant advantage, but you can realize results by merely putting a licking branch in Mr. Big’s face at a spot he’d naturally want to scrape. That sounds challenging, but it’s actually pretty easy after you start studying natural scrape locations and mimicking them with your creations. Deer tell us what they like and don’t like.

I first used mock scrapes as scouting tools many years ago. I was hunting a Girl Scouts camp in Illinois. I only had a couple of TrailMaster trail cams and wasn’t comfortable putting them out on public land.

Unfortunately, I also knew nothing about the area, and the leaves were falling, covering a lot of old sign. I was entering the situation at midseason, with zero intelligence or a plan of attack.

Studying topographic maps in the hotel room, I identified about 10 potential spots to set up. They included a saddle, a couple of benches, diverging ridge lines and a few nasty erosion cuts running down the steep ridges, which created funnels at the top and bottom.

Cutting my odors as if I were hunting, I headed out during late morning to visit those stops. At each location, I picked a tree and then made a mock scrape 15 to 20 yards away, with the licking branch pointing back toward the stand. Those mock scrapes were nothing more than licking branches and exaggerated dirt ovals with no scent.

After two days of hunting lower-impact spots, I returned to the mock scrapes with stands on my back. I set stands at the spots with overly large tracks in the mock scrapes and disregarded the others. Just that quickly and easily, I had five setups I believed could produce, and four of the five turned out to be great.

The other way mock scrapes help me scout is in states and provinces where baiting isn’t an option. If you pour a pile of corn or Antler King’s Trophy Deer Minerals in deer cover during summer, you’ll likely to get many of the resident deer on that camera. They attract deer for pictures extremely well, and the minerals also aid deer health. In areas where that’s not legal, getting a thorough summer inventory of deer can be tough, as food sources are at their seasonal high in the Midwest and points north, as is cover. The combo results in deer being more spread out and harder to get on camera — unless you find or make a year-round communication hub of a scrape. Some of the hardest hit scrapes from the previous fall are also where deer concentrate during all seasons, and deer work them all year. Bucks don’t check them as often after the rut winds down, though doe usage actually tends to increase. Bucks also tend not to urinate or scrape at the dirt. Often, they merely deposit odors from their head, face or mouth after sniffing scents left by other deer.

These are great spots to inventory bucks. Bucks don’t work them as regularly, but they also don’t fight turf wars for them, and most bucks in an area willingly use the same licking branch. Also, most bucks typically check them at least once a month, assuming they’re currently using those areas.

Here’s a technique that works well for creating communication-hub-style scrapes and attracting deer within bow range when you’re hunting a food source that’s too large to cover with your bow or other weapon. Create a mock scrape by cutting a suitable tree or making a fake one, and then bury it in the open food source. Either approach makes a mock scrape stick out like a turd in a punch bowl. You’ll see that’s what most communication-hub-type scrapes share. They are in areas deer frequent year-round and stick out like crazy, just like mock scrapes created in that manner.

I don’t use any of those types of mock scrapes for inventorying bucks. I use them for hunting. Still, I take advantage of scrapes that become year-rounders by putting cams on them during summer for inventory.

There’s a large advantage to creating staging areas. Deer are often reluctant to enter wide-open food sources until dark. However, they’re more likely to enter small quarter- to half-acre openings 50 to 100 yards off of a destination food source during legal light.

Further, keeping your impact low carries a huge advantage, assuming you used your head setting up that staging plot. It can be almost impossible to hunt destination food sources in the morning without clearing the food source while walking in. Typically, it’s the reverse during evening hunts, as getting out without exploding the place is a big challenge.

One of the beauties of staging plots is that deer spend limited time at them and then transition to destination feeding or bedding areas. Assuming the plot and stands are set so you can enter and exit via the back door without alerting deer at the destination food source, you greatly minimize your impact.

The only issue is that a quarter or half acre of food isn’t much. That’s partially offset by planting heavy browse-tolerant foods, such as cereal rye or hardy shady-tolerant clovers.

You can often construct a staging plot so it’s almost or equally as good after the food runs out. Make plot into a scraping frenzy of an area. Rather than constructing one mock scrape for a shot, put six or more around the staging plot. I’ll make one or two around a stand and adorn them with a Wildlife Research Center Magnum Scrape Dripper, which I fill with 4 ounces of Hot-, Active- or Golden Scrape. The rest are just licking branches pointed back toward the stands. I don’t bother making dirt spots, as deer do it for me.

In such scenarios, I have food and six or more scrapes in a small area. It won’t work every time, but assuming I positioned the staging plot properly, the scrapes often have as much or more attraction power as the food.

I pair most of my stands with a mock scrape or three. One will likely have a dripper and scent, but at least one is nothing more than a licking branch.

Have you encountered a scenario where you find a bunch of scrapes along a field edge and set up a camera only to shift it later to another scrape? How many bucks did you pick up that you weren’t getting at the other scrape, even if they were just yards apart?

Regardless of maturity, some bucks seem to work scrapes they didn’t open themselves, but others seem to avoid doing so. Having a licking branch or two that’s not doctored picks up a lot more of the non-sharing types.

When it comes to doctored scrapes, I want the licking branch pointing back toward the stand, within bow range and in a shooting window. By orienting the licking branches to face the stand, it usually orients deer to look away, and not at me, making it much easier to come to full draw and pick a spot. Also, pointing the branch toward the stand encourages broadside and quartering-away angles. Finally, mock scrapes often stop bucks naturally, reducing the risk of trying to stop moving deer and rushing the shot.

I don’t find I can consistently pull Mr. Big from three ridges away just with a mock scrape. Using mock scrapes hasn’t magically filled my walls with mounts or changed the hunting world.

Still, I believe a huge part of hunting merely involves shifting the odds in my favor, and mock scrapes are more than a feather on that scale. Re-read the list of what they do for me, and try to tell me they aren’t potentially a big help, even if they don’t make Mr. Big mount himself on your wall.