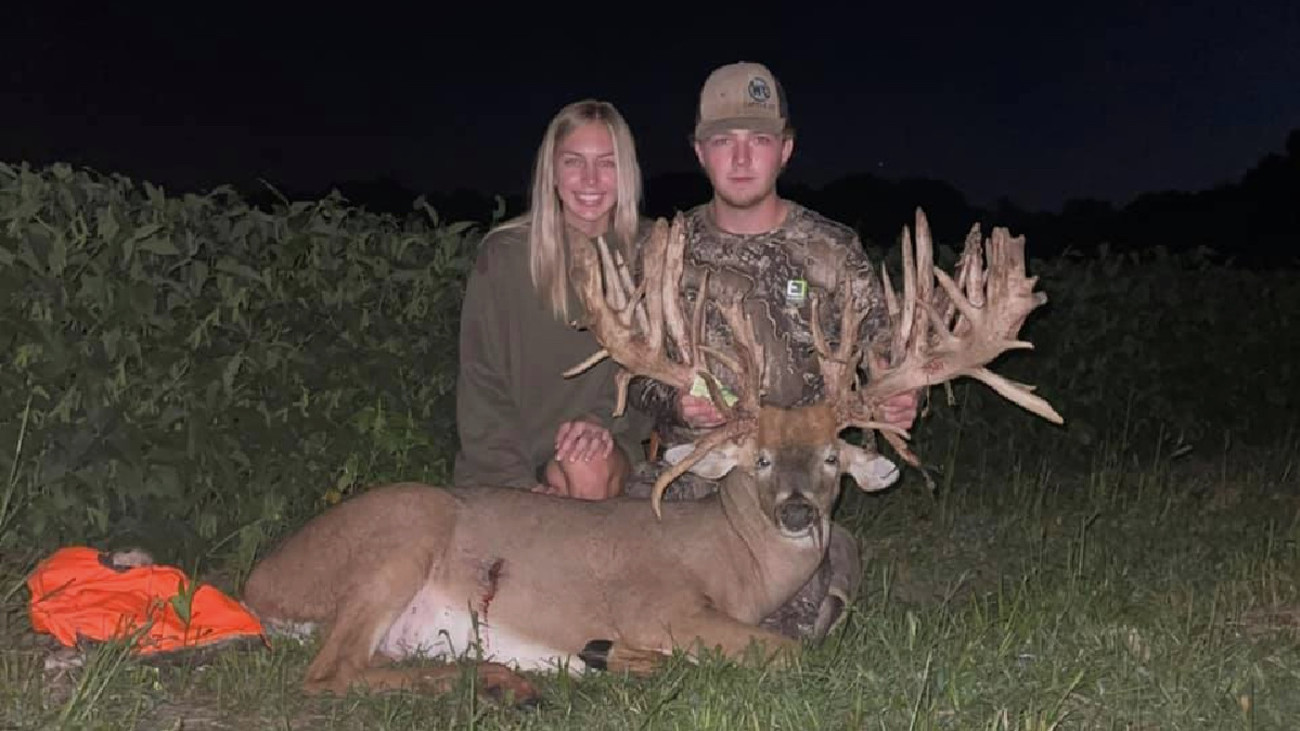 IS THIS 50-POINT BUCK THE NEW WORLD RECORD WHITETAIL?

Whenever pictures of dead megabucks circulate social media, commenters are always quick to ask: “Was it a high fence deer?” It happened when Guner Womack killed one of the most perfectly symmetrical whitetails in Oklahoma’s history, and again when Jason Kline found the deadhead of one of the biggest non-typicals in Ohio’s history. Both bucks were 100% free-range, but the answer is a bit more complicated for this next whitetail.

On September 15, Blake Keating killed a Kansas buck that would likely dethrone Luke Brewster’s whitetail as the biggest in North American history. But almost immediately, skeptical hunters started asking what everyone was thinking: “Was it a high fence deer?” According to Keating, the 50-point buck was not killed inside of a high fence. In fact, the closest game farm is nearly 10 miles away from where he arrowed the whitetail. However, when Keating found a small hole in the buck’s left ear, the illusion of this being a free-range deer started to disappear. Then when a game farm reached out and said the antlers looked familiar, Keating knew the whitetail was an escapee.

“When the deer ranch contacted me, they asked about the deer I shot and wondered where I shot it,” Keating said in an interview with MeatEater. “They recently built a new high fence and they think the deer had gotten out when they were moving deer into the pen.”

It’s unclear when the buck escaped, but Keating started getting pictures of it on September 11. “He was a pretty regular deer coming in the evenings ever since,” Keating said. So what do the record keepers do about a deer like this? According to Justin Spring, director of big game records for Boone and Crockett, the answer is simple.

“All the congrats to the hunter on taking that buck, but from our record book standpoint, it’s not an eligible deer,” Spring said in an interview with MeatEater. “Anything raised for the purpose of shooting is not eligible by our standards, and this buck would fall under that category. “We’re not opposed to that hunter shooting that deer—we’d actually encourage hunters to remove the buck in those situations. But to put something like that in our record books would skew the data.”

So while Keating’s buck won’t be immortalized in North America’s big game books, it will give him a freezer full of red meat and a trophy on the wall he’ll never forget. Put in his scenario, we would have done the same thing.

Congrats on the once-in-a-lifetime hunt, Blake. Your honesty about the situation is more impressive than this genetic freak’s antlers.