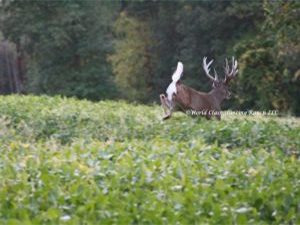 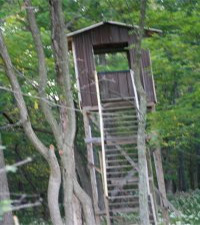 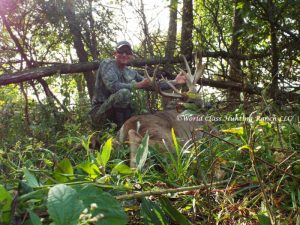 Well, for Chris, it was love at first site! When they walked in to do some scouting on Thursday, after their long drive from Florida, they seen this Nice buck, and he was quite a bit more buck than what Chris’s wife had booked for him, for a Birthday gift. But, though they seen many other deer, he just couldn’t get his mind off that first one. Well, Friday morning dawned, and it was around 60 degrees, so they didn’t have to dress real warm.. Well, they seen lot’s of deer, some bigger, and some smaller, but where is that buck I seen when we were walking in yesterday? Your guess is as good as mine, we had gotten some pics of him all over the ranch. Now this was getting toward noon, and Rich and Chris decided to just ease out of the woods, thinking they may see him before going after some grub. They spooked some deer, and figured, no chance now, but then… There he goes!! He took off, but luckily decided to stop for a look back… That’s where he messed up.. Chris made a perfect shot! Way to go Chris! Congratulations on a Special Buck! We have you on the books for next year for something similar to these bruisers you seen… He said he had one picked out for next year, but I am guessing we will have someone this season yet, that won’t agree with that idea… To your left are a few of those Chris was eyeballing for next season… We will have more for you to choose from come next season! 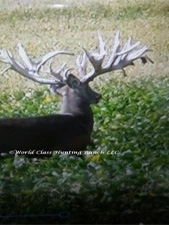 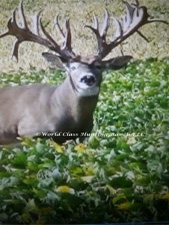 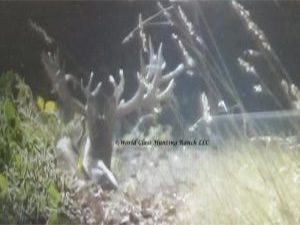