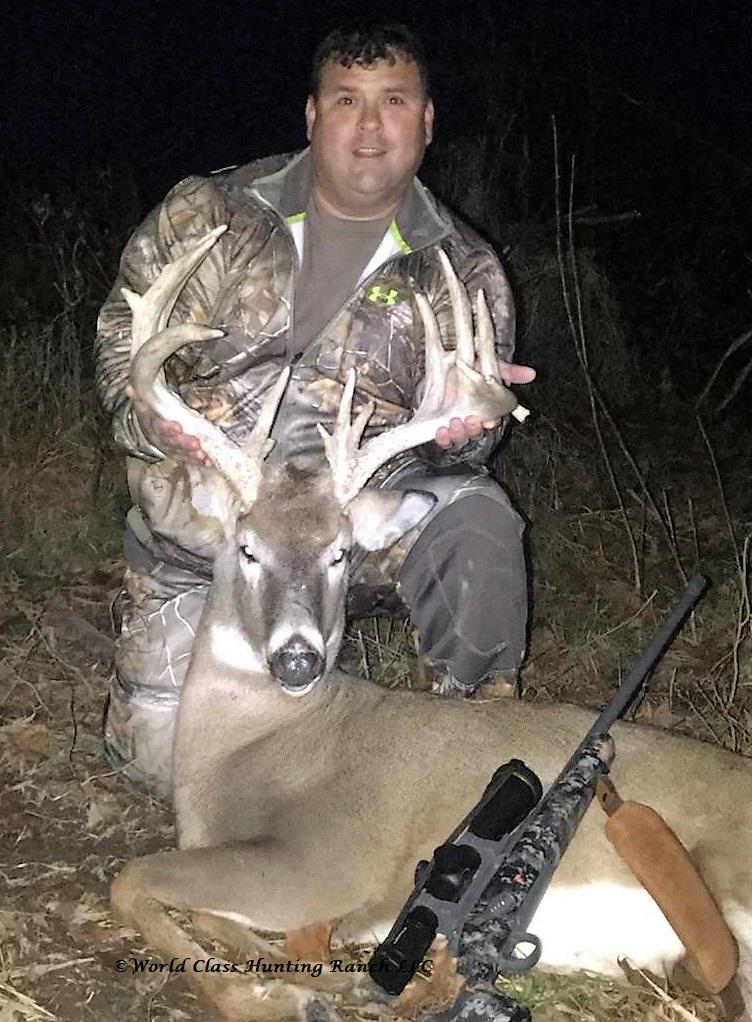 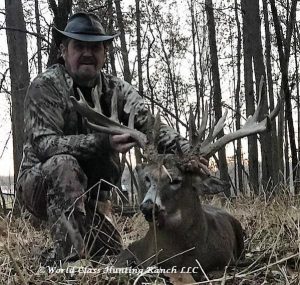 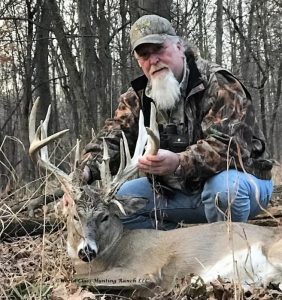 Congratulations
Mike, Isaac, and Tommy from Texas on the harvest of some beautiful bucks this week! These guys were chomping at the bit from the first hour! Rich had a grand time with them. Within an hour of being in the blind Mike saw numerous bucks that fit the bill but when this one buck walked in he simply couldn’t resist! Rich told him, yes, he’s in your range, he’s a 180″ plus. Mike didn’t hesitate and shot. Tommy thought, OK, then I’m shooting Texas! Texas was nicknamed that because of his wide 265“ frame. In short order Texas was down! Isaac was in another blind and realized what was going on, and soon after he took his 180″ buck. They aren’t done though, because these guys still want a chance at Cobweb. Cobweb is one of our management bucks and he happened to cross Isaac. He didn’t hold back and took his shot. 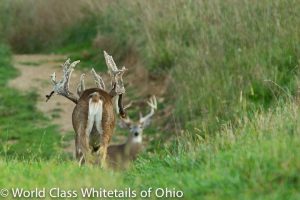 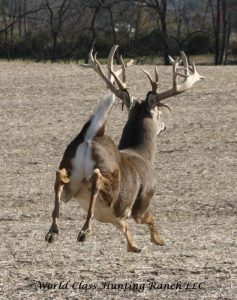 I included a before and after of Cobweb(SCI 320″ before his rampage!), so you can see why he was on the management list! After he lost a lot of his rack he thought he owned the place and was giving the other bucks a rough life!
Thanks again Mike for bringing your colleagues. We look forward to seeing you next year! 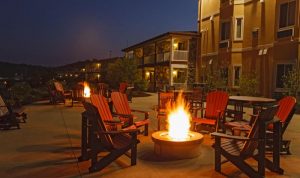 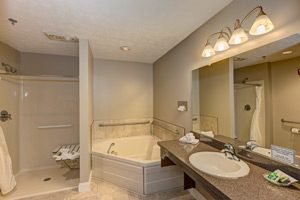