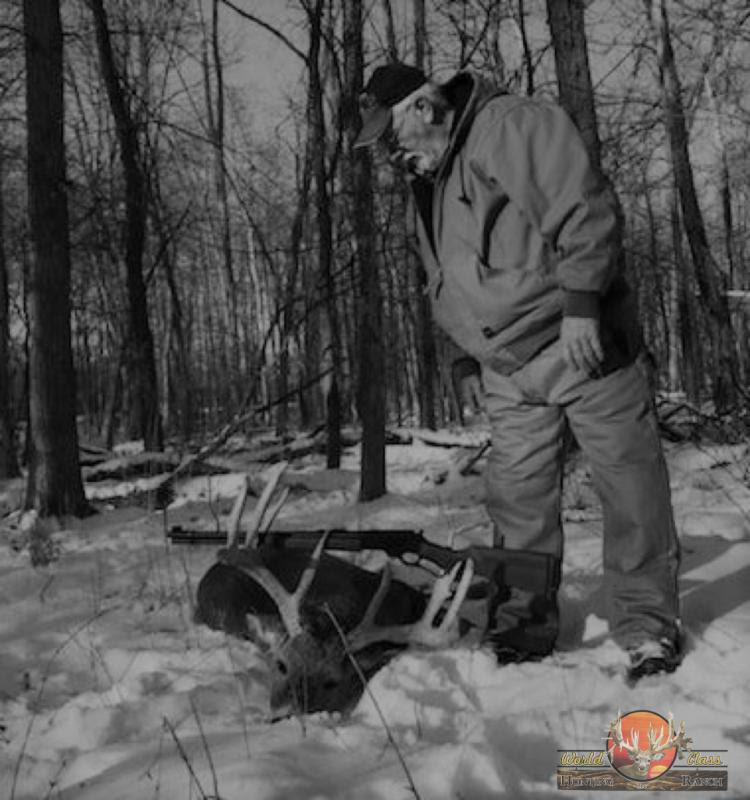 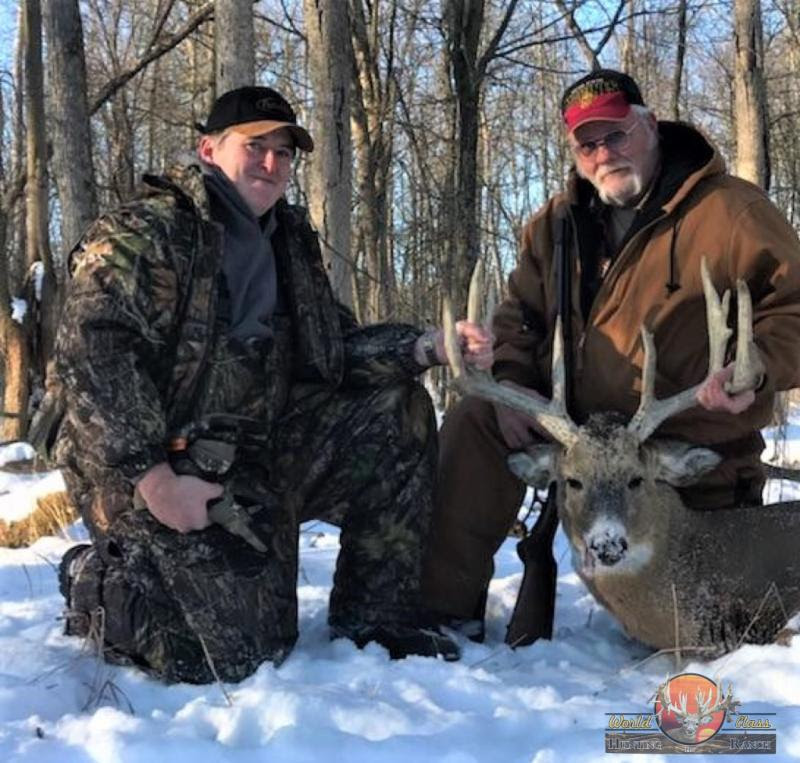 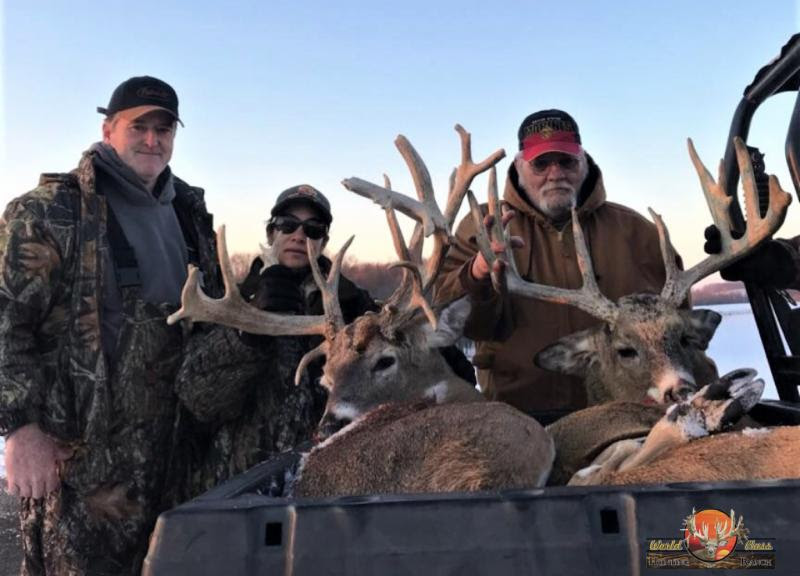 Gary from NC harvests a beautiful Typical Trophy at World Class Hunting Ranch! What a way to help close out this hunting season. Gary stayed pretty calm, and his Lever Action 35 did the job! Thanks for hunting with us Gary, we appreciated your sense of humor! 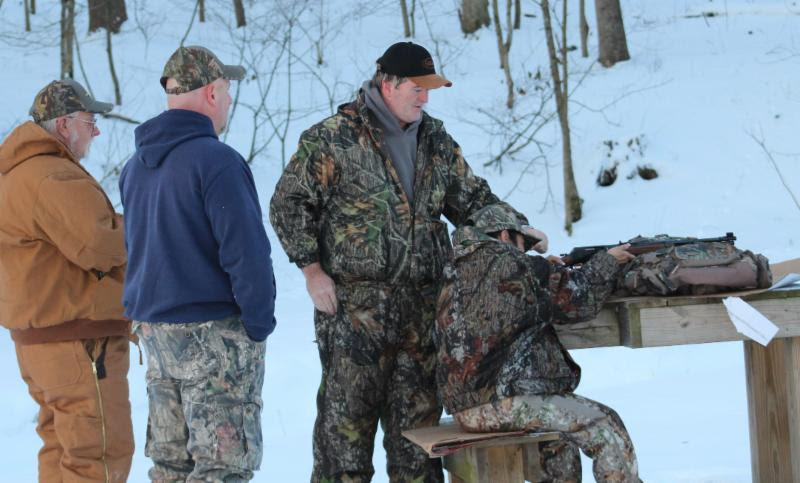 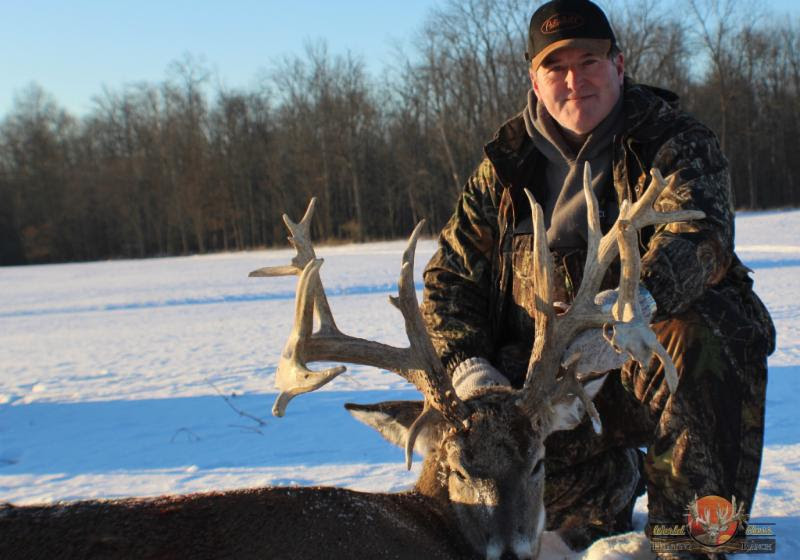 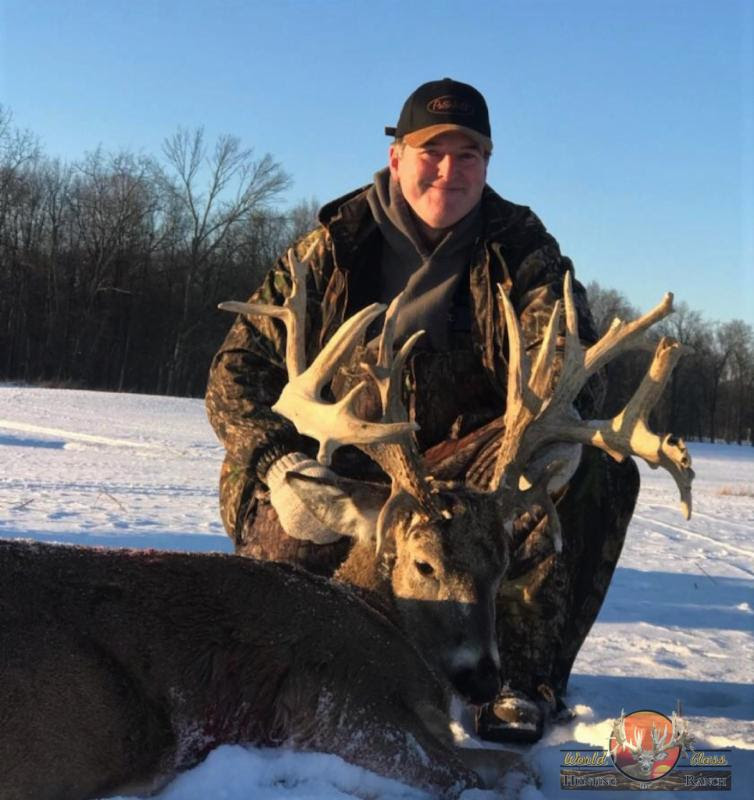 Lucy came along for the ride, however, after the first day of seeing all the deer, and seeing Gary and Matt harvest some awesome bucks, there was simply this urge for her to get in on the action! So, off we go to the shooting range on Friday morning. By this time, it has warmed up a little from the 5 degrees we hunted in on Thursday… This morning it is closer to 20 degrees… So, Lucy shoots a gun for the first time in her life, nails the target, and a few hours later harvests a nice buck! Congratulations Lucy, on a great first hunt! She ended up harvesting a nice doe on Saturday
as well.

Now Matt waited till Gary had his buck, then off we went looking for a buck for Matt from Texas. They have been friends a long time, and this hunt was Matt’s treat to Gary. Wow, some great guys to hunt with! Rich and I both had an awesome time with these guys! So, on Thursday afternoon, Matt sees the buck he thinks would make for a great wall hanger, however, there was no great shots. By now, the herd is dwindling, as we are close to the end of the season, and so there are numerous bucks with one antler already lost, as well as some with no antlers. Finally they decide on a stalk, as these deer simply wouldn’t come close to the blind… Matt made an awesome 180 yard shot, and he had himself a beautiful 240″ Trophy!

So, now it’s Friday afternoon, and I ride along to the Taxidermist, as Rich had a family emergency come up. After dinner, Matt asks the question: What about that Big old Breeder buck we seen out there? Well, I stutter around just a little, as we do have a couple more hunters coming Monday, and our herd is really thinning out, due to so many bucks losing their antlers. finally I give him a price, and Matt says, let me think it over… So later on in the evening we talk (negotiate)again, and decide we will still sleep in on Saturday morning, but then head out to the Ranch, and see if we can find that big buck that had got his attention! By now, we are talking 45 degrees, with the snow leaving rapidly. We finally found him around noon, and Matt made another awesome shot, and this 285″ buck was his. Congratulations Matt on some Great Trophies, and for allowing us to serve you! Owen and Rich 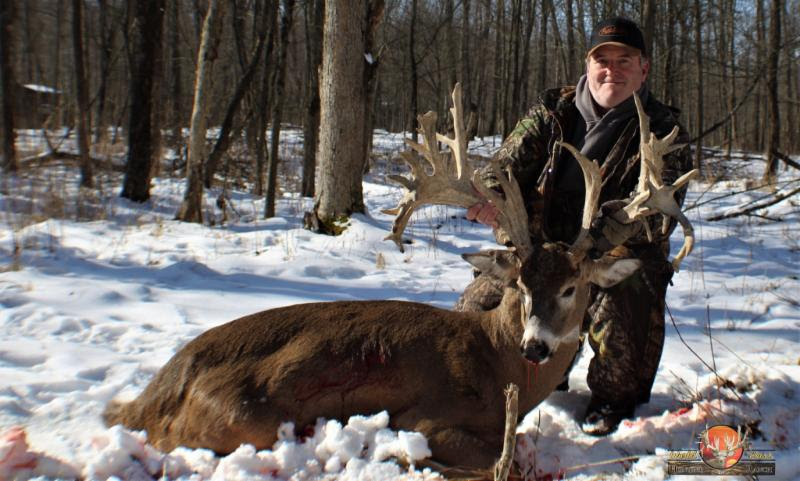 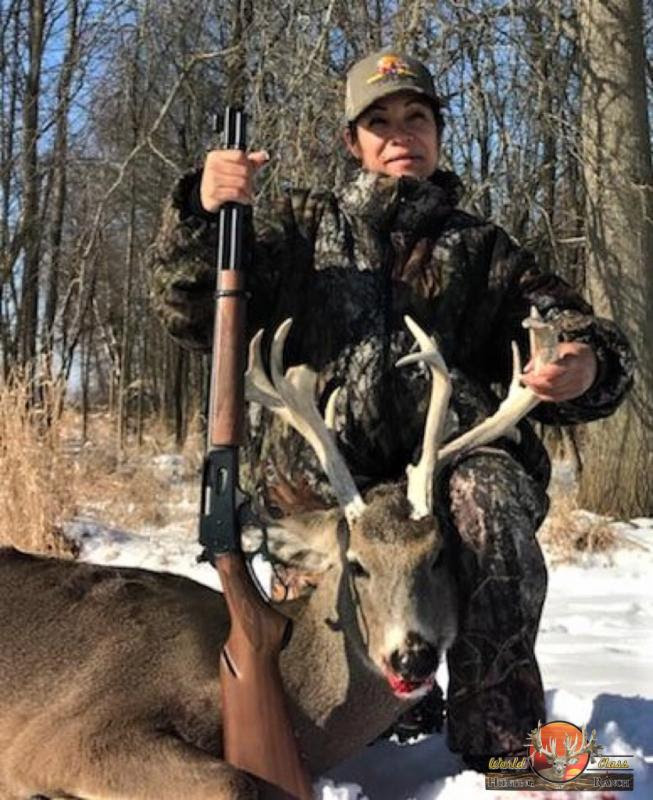 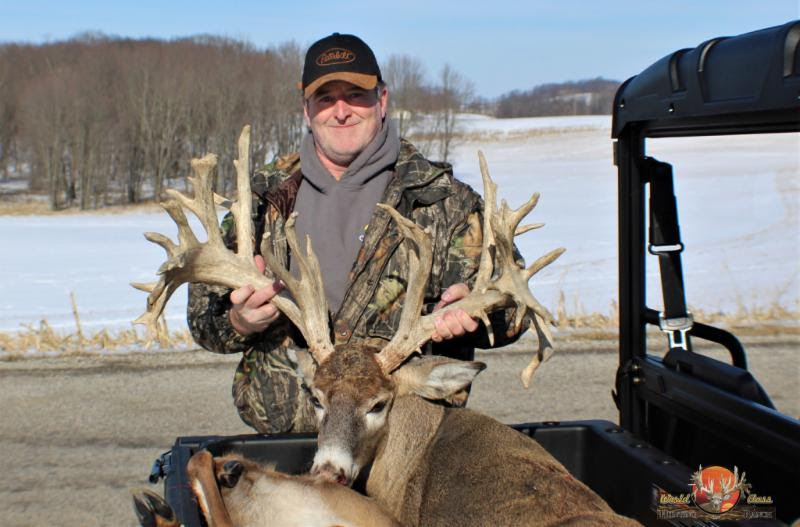