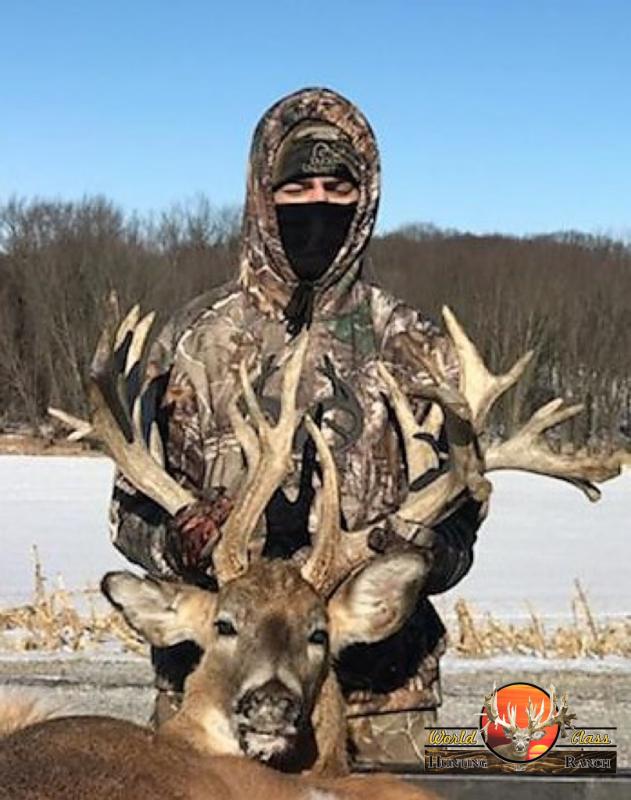 If you ever get an inclination to hunt in the cold weather, just call me, we can probably arrange something for you!
When Jim, and his grandson Jude arrived on Thursday it was in the single digits frigid. They seen some deer, but didn’t get any great shots, so we headed back out on Friday morning, and it was right at Zero when we got to the blind. I dropped them off at the blind and headed back to the truck to grab another couple guys from Indiana that were looking for a couple big bucks and some does for meat. So by 9am it’s like 3 degrees, and I started back out to see if I could locate the deer, as they(both blinds) had seen very little deer moving.. I can’t say as I blame them too much! So, I fired up the heater on our open Polaris Ranger(lol,no heater) and headed out. I was able to locate a few deer and shift them in the general direction of the one group of hunters. I would get off the ranger, and run some laps to keep my toes warm. It was getting on towards noon, when finally I heard a shot, and then soon after; another, and here Jude had spotted this beautiful Non-typical 269″ Trophy that he simply felt should take a ride to South Carolina with them, so he took him out! Congratulations on an Awesome Buck!
Meanwhile another group of deer shifted towards the other hunters, and they were able to take the Big 354″ Buck they had been stalking! After we gathered up the bucks and headed to the trucks, we all warmed up a little then some of us went back out with the Hunters from Indiana and were able to harvest another nice Palmated Trophy Whitetail, and 4 does for the freezer… The toe warmers certainly came in handy that afternoon.
﻿Thanks Jim!
Even into that afternoon the temp stayed in the 10 degree range. So, how did the others stay warm? They were in a blind out of the wind with a Propane heater! So, if you are looking for a great hunt, have a great time, with some great people(Rich is a Great guy!) all at a fair price, then look no further, call me today and get set up for your next great hunting adventure!
Remember, the time is always right, to do what is right. 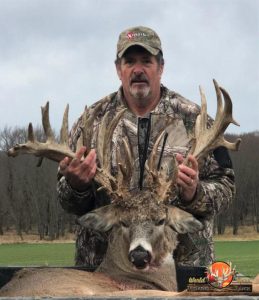 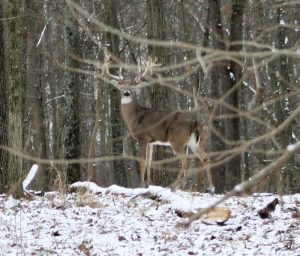 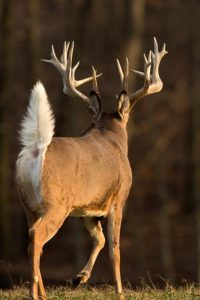 Ohio Deer Hunting at it’s best! Roger loves to hunt big whitetail deer and was quite intrigued with how many big typical and non typical bucks we have on the Preserve. After a few hours in the blind Monday afternoon and seeing many bucks they headed to an early dinner at the local Restaurant, where they serve up good old fashioned Amish cooked meals. Nobody even left room for desserts! On Tuesday they spotted a few bucks walking in, and Rich pointed out a couple of bucks he thought Roger may have an interest in. After a few hours in the blind, they seen a buck Roger felt just may fit the wall in his TN home! He was a big deer (as most of our bucks are) that would also provide some good meat for the family! At that point they watched for an opportunity to take the shot, but it was not that easy,this buck was not going to cooperate for nothing! He would stop behind a tree, then the next thing, he would stop when in front of another deer! And Roger knew he only wanted to pay for one deer, (and the one he had decided on) as he didn’t bring a lot of extra cash to pay for additional deer !:-) Finally Rich was thinking maybe they should just go for a bite to eat, as this was going on 2pm, but patience paid off, and finally the buck kind of “Left it out over the plate” and Roger hit a
Home Run!
Congratulations Roger on a beautiful deer!
﻿We look forward to seeing you back next year! 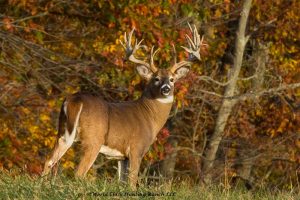 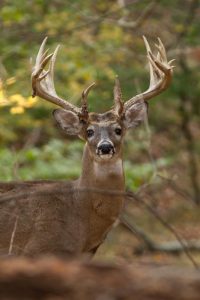 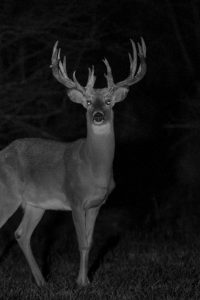 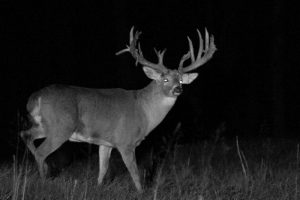 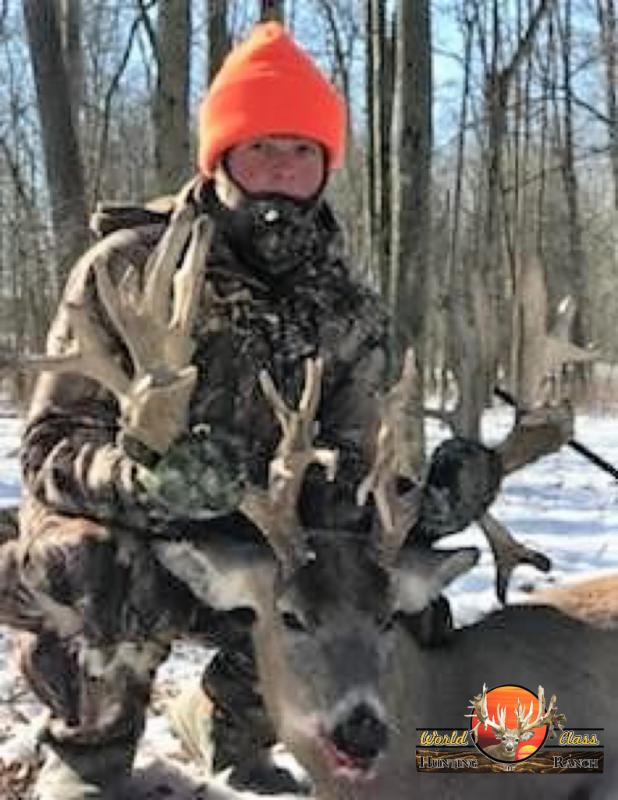 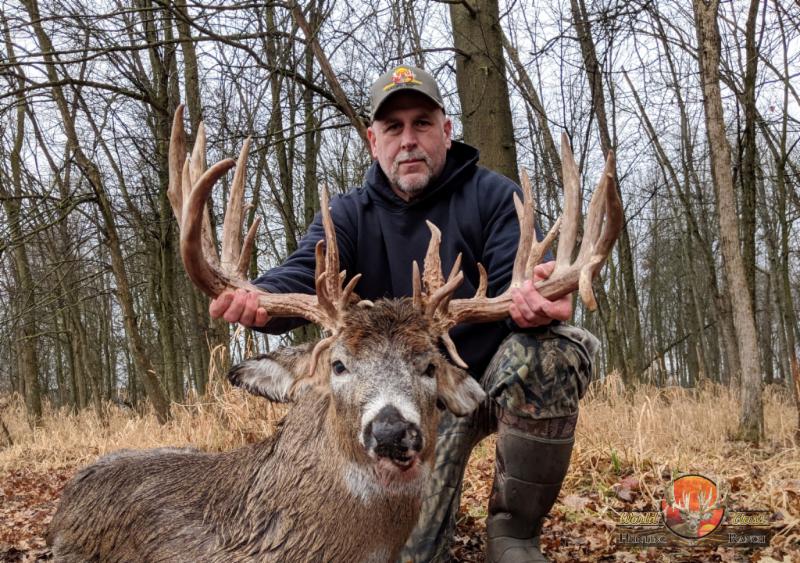 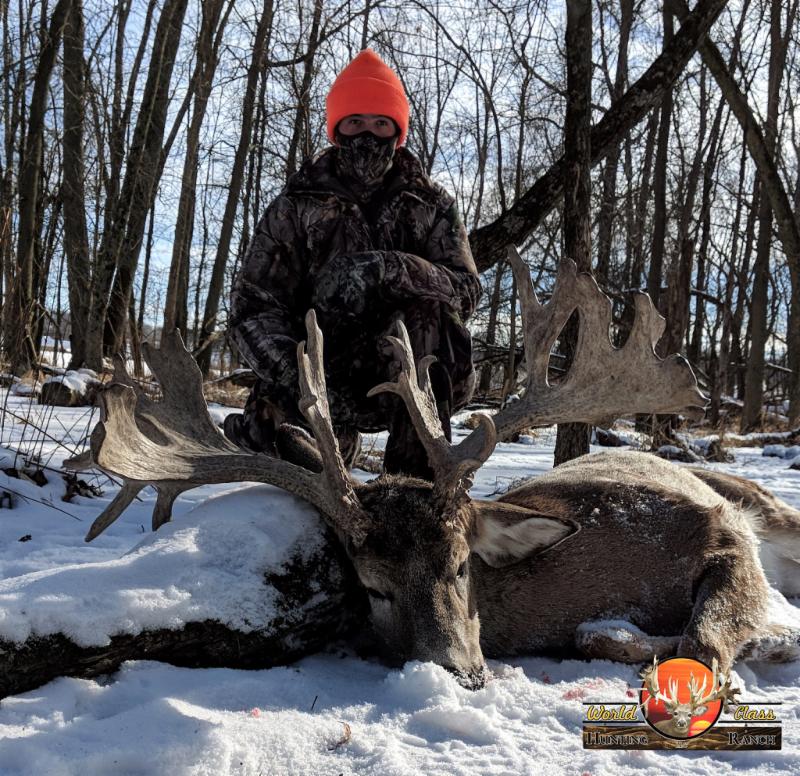