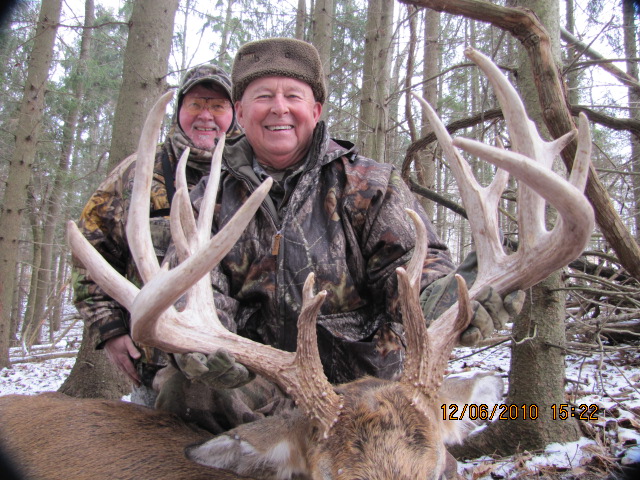 Having spent so much time trying to bag them, we now understand certain things about these beautiful creatures we call deer.

For starters, we know that these four-legged herbivores are built for survival. So much so that you need the best deer hunting caliber if you want to even stand a chance against them.

They have naturally evolved to sense danger and avoid it. Some people even believe that deer can recognize the smell of gunpowder and flee when they catch a whiff of it.

Alongside that, these animals aren’t exactly built with eggshells for skins. Especially with big bucks, you need some serious firepower if you’re going to make a nice, clean kill.

For these reasons and many more, you cannot ignore the importance of having a nice piece on your hands when hunting. Luckily for you, we’ll be listing all the best deer hunting calibers you can use on a hunt in this article.

11 of the Best Deer Hunting Caliber

You don’t exactly need military assault rifles to take down deer unless you want to leave a slimy mix of blood and brains where the deer’s head should be.

These 11 rifle cartridges will do just fine.

Of course, certain pieces have much larger digits on their side, translating to a more destructive force. However, it’s very rare that the numbers on this gun wouldn’t add up to a successful kill if you know how to handle a rifle.

This type of caliber and rifle is an excellent choice if you’ll be hunting deep in the woods with thick brushes and bucks aplenty. At a range of about 150 yards, with this rifle, you’re sure to bring down that deer that’s caught your attention.

By all standards, this rifle is one of the most powerful .25 calibers you’ll find in the market today.

So much so that when you think about this beautiful piece of metal, we want you to think of those fancy, but deadly death rays from the Star Wars franchise. People who have used this piece have mentioned that they often don’t need to track the animal after shooting.

However, it’s worthy of note that this 100-grain bullet that’s copper-jacketed is likely to come apart. In its defense, 3500 fps and 2721 ft.-lb. is a truckload of force to hit a deer’s shoulder bone with.

In fact, staying together under those conditions would be a miracle for the bullet. Regardless, the .257 Weatherby is very likely to stop your prey dead in their tracks as soon as you pull the trigger.

The sheer deer hunting capabilities of the .270 Winchester is enough to leave any deer hunting enthusiast giddy with excitement. This is because it has a 130-grain bullet that travels at about 3060 fps to create 2702 ft.-lb. in terms of energy.

Users of this caliber recognize the amount of power the rifle possesses. As such, you’ll mostly find people using it for mule deer and elk, which happen to be two tough herbivores. If this gun can put them down without breaking much of a sweat, it’s going to hold its own against a whitetail comfortably.

Alongside these, one of the best things about this gun is that its sheer destructive force allows you to put down your prey however you want. It doesn’t matter the angle or distance. You’re guaranteed to love this bad boy as soon as you pull the trigger.

This little piece of deer killing metal goes as far back as 1969. It was introduced in that year for deer, and any other deer-sized game hunters might be interested in. As such, it’s the best deer hunting caliber for any serious hunter.

Its Federal Premium ammunition allows it to deliver a 115-grain bullet with 3220 fps speed to produce almost 2303 ft-lb. in terms of energy.

If you’re a long-range hunter, you’re absolutely going to love the .24-06 Remington. Its sleek design specifically allows you to take down prey from several miles away without necessarily doing a number on your shoulder.

The first time this quarter-bore saw the light of day was in 1934. Back then, Remington was producing them in mass.

This particular model, also known as the .257 Bob, came into existence based Ned Robert’s design around 1924. Back in its day, it was a pretty famous medium-sized caliber.

However, that’s enough history lessons for one day. The .257 Bob has a Nosler Ballistic Tip bullet with an ideal weight of 117 grains. It consistently hits speeds around 2945 fps to produce energy levels somewhat higher than 2253 ft.-lb.

These numbers mean that you won’t have to worry about excessive recoil any longer. Apart from that, your barrel lifespan will be a lot more satisfactory.

The only downside is that you’ll need to get a tad closer than usual to your prey if you’re going to use this best deer hunting caliber. Its range isn’t quite as long as other .25s with high-velocity.

Nevertheless, for hunting whitetail deer in the United States of America, this gun is nothing short of excellent.

Compared to virtually every other item on this list, the 7x57mm Mauser (PPU) is pretty old. Paul Mauser created this in 1892, and without a shadow of a doubt, this rifle can take down virtually any buck on earth.

Don’t believe us? Well, consider that this same round was used by William Bell to kill upwards of 800 African elephants. Of course, this was largely possible with headshots. Still, that goes a long way to show how astounding this gun truly is.

For the sake of clarity, you should know that this gun carries a 139-grain bullet that travels at 2660 fps with a muzzle energy of 2185 ft.-lb. This gives it an abundance of energy, sectional density, and ballistic properties, among other things.

These bullets travel at speeds of 2750 fps to produce energy levels of about 2629 ft.-lb. at the muzzle. Any deer you hit with the .308 is almost definitely going to die instantly. You would require no tracking.

The gun is available in the Ballistic Silvertip line of the Winchester Ammunition. You can rely on it for short hits and even much longer ones considering how much energy it has.

What’s more, this gun has relatively light recoil, considering how large its caliber is. To add icing to the cake, you can find this knight in shooting metal virtually anywhere in the world.

Compared to some other rifles on the list, this one might seem like a babe in the woods. But, in its own regard, it’s still a force to be reckoned with.

The gun has an ideal bullet weight of about 130 grains. The bullet travels out of the gun’s barrel at speeds of up to 2930 fps, producing more than 2459 ft.-lb. of energy.

One of the reasons many people love this rifle is that you don’t worry about excessive recoil while using it. With only 13 ft.-lb. of recoil from this rifle weighing about 7.5 pounds, you’re not going to have much of a problem carrying it around, much less, shooting it.

The Winchester brand has made so many appearances here that you’d think it’s the MVP at our party. But, in reality, these guys just make darn good guns.

If you don’t think that’s enough, take this gun out for a quick spin and check out just how good it is. All you just need to do is get a deer bullet that’s premium. It should be able to expand without coming apart, much like the Nosler’s Partition.

The recoil of this rifle packs only about ten ft.-lb. of energy. As such, it’s the perfect gun to give your kid/teen when you’re going on a parent-child hunting/bonding trip. Just keep in mind that this rifle was built for reasonable ranges and good, precise shooting.

The penultimate rifle on our list is, by no means, whatsoever, a pushover. This gun has an ideal bullet weight of 140 grains.

The bullets can travel at speeds of up to 2770 fps, leaving energy trails around 2386 ft.-lb. at the muzzle. The gun can work under virtually every condition, and if this isn’t a perfect deer tagging machine, we don’t know what is.

The recoil of this gun is not much higher than 17 lb. This makes it fairly easy to shoot with one hand if you were on a treestand. However, we’d advise you don’t do that to be on the safe side.

Coming in at the bottom of our list is one of the best and newest guns in town.

With less than fourteen pounds of recoil, this gun is excellent for hunters looking to tag deer anything from 5-500 yards.

If you’re passionate about hunting deer in Ohio and making nice, clean kills that’ll leave you tracking for as little time as possible, this gun is perfect for you.

We’ve covered our 11 best deer hunting calibers in this article. But, there are still a few rifles that are worth mentioning.

For deer-hunting enthusiasts, this is one of the most popular rifles in conversations. It was concocted in 1906, making it an oldtimer on the list.

However, despite its age, it still packs quite a punch. It’s useful for virtually all types of big game, and that’s the problem. Many people argue that it’s so powerful, it might not be the best for deer.

Despite this, however, it’s still a good way to bring your buck down without a lot of stress.

What you’ll need from a Whitetail Cartridge

In this article, we’ve covered more than 20 guns for hunting deer with varying levels of power. However, just because they’re all good doesn’t mean you should head over to the store and buy them all.

These specs are perfect for the average 100-250-pound bucks you’ll be hunting.

The best deer hunting caliber is largely dependent on several things. The first is your size/skill due to the variations in recoil.

Alongside that is the type of deer you like to hunt and whether or not you like to track your game. Regardless of where you fit in among all these classes, you’re sure to find what you need in our extensive list of the best deer hunting caliber.