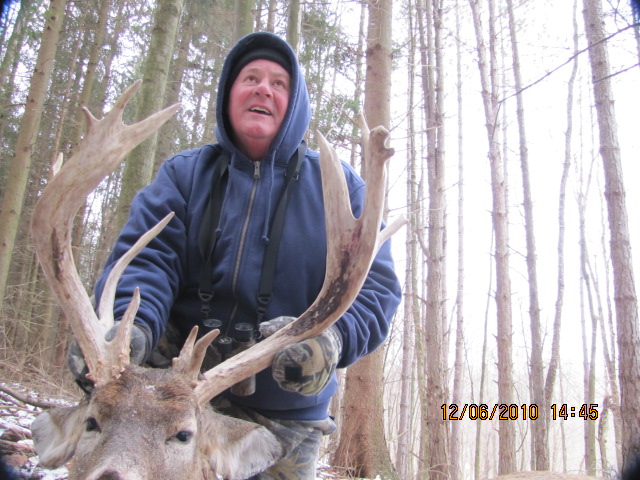 Virtually all states in the US are known for one thing or the other. For example, Alaska is very popular for the Northern Lights, while Arizona is more commonly visited for the Grand Canyon.

Other states like California and Mississippi are known for Hollywood and the Mississippi River, respectively. The state of Ohio and the Ohio public hunting land therein stand out in its unique way.

Having said that, we can confidently go further and tell you that Ohio is one of the best places to be. However, you can’t just waltz in there, point your rifle at any four-legged creature that moves and shoot.

That’ll earn you more time than you’d be willing to do.

For that reason, we’ll be giving you all the useful information you’ll need to choose Ohio public hunting land for your game-catching purposes.

How to Choose the Best Ohio Public Hunting Land

Ohio being the 34th largest state in the United States of America, might not seem like much when you consider that the US has 50 states.

But, Ohio’s 116,096 km² is still a lot of distance to cover, especially when you’re looking for a place to hunt.

So, if you must choose the best Ohio public hunting land, you need a defined strategy. Our four-step guide gives you just that.

Before you can even begin thinking of hunting deer, fish, or any other legal creature that catches your fancy, you need to find out where you’re allowed to hunt first. This stage is perhaps the most important as you cannot go further without it.

One of the ways you can identify approved hunting counties is by performing a quick Google search. It seems a bit too easy, but you’ll be amazed at what you can accomplish with the internet these days.

When you type in your search query on Google, you’ll come across a few government-owned websites. Their purpose is to point you in the direction of some approved hunting grounds in Ohio.

The primary site to look out for is the Ohio Department of Natural Resources website. There, you’ll get access to mapping resources that will help you find hunting counties easily. Alternately, you could stick around until later in the article because we’ll be listing out the best public hunting places for you.

Anyway, while trying to locate the best hunting county for you, you must consider your location’s distance. This is particularly important because you really cannot afford to spend several hours on the road.

Doing so will tire you out much more than you’d like. To be sure about distance and hunting approval, you can ask a friend who lives around the area if you happen to have one.

Considering that you’re reading this right now, the chances are that you’re still a bit new to finding Ohio public hunting land yourself.

In that case, you should know two things:

For these two reasons, you cannot afford to go hunting in a place where there are many people. As such, the next step in getting the best hunting ground is to qualify the parcel of land you found in step one.

To do this, you have to go through maps to check out boundaries and human activities indicators. Again, the Ohio Department of Natural Resources will be truly helpful here.

You’ll be able to see roads/routes/areas that hikers and campers, among others, use for their activities. Once you identify these areas within your preferred approved hunting county, you can then start cutting them out.

That way, you’ll be able to steer clear of human activity as much as you can.

At this point in your quest to get the best Ohio public hunting land, you must’ve found an approved hunting county and eliminated areas of human activity.

However, you still need to find places where you can get the animals you’d like to hunt. After all, they’re not exactly going to run towards you when you sing in a Disney-like display of love and affection.

There are a host of digital platforms, applications, and software to help you get through this step. But, many users online have reported great satisfaction with Google Earth.

Now, don’t get us wrong. Google Earth won’t tell you exactly where to find your game. But, it can help you know where to start searching. Confused? Let’s explain.

So, you should keep an eye out for lush locations in your online scouting. Beyond that, however, you should look out for places that are particularly difficult to access. Hunting in areas that aren’t easy for other humans to get to would mean that you’ll have much fewer human interruptions.

Step 4: Get Your Boots Dirty

After completing step three, you need to log the locations you found online on your mobile GPS. As soon as you’re sure that you have the coordinates right, it’s time to get your boots on the ground. It’s scouting time!

Now, in Ohio public hunting land, you’re very likely to find places with vast expanses of soybean and cornfields. Ordinarily, this should be a great spot for deer due to the sheer amount of plant life available for consumption.

But it also means that there’ll be a lot of people. Having read through step two of our guide, you should know why that’s a problem. So, if you see these areas, you might wanna avoid them while scouting.

Instead, you can concentrate your scouting energy on the timber for Ohio deer hunting, which has different hardwood and undergrowth. We could go on and on, describing specific details about places to look out for while scouting. But, the best way for you to get through this stage is by yourself.

So, follow your GPS to the areas you marked out on step three. With enough patience and some elbow grease, you’ll find a spot that’s got just the right amount of greens and the smallest amount of human activity. As soon as you do, you can relax because you’ve just found yourself the perfect hunting spot.

Top 5 Places for Hunting in Ohio

Like we promised earlier, we cannot end this piece without giving you a few hunting recommendations. Ohio is full of places to get a good buck.

However, this abundance is what makes it hard to choose sometimes. So, here are our top five hunting grounds for you.

The promise of an abundance of wildlife in this area is right there in the name. In fact, if you ask a native Ohioan to point you towards a place where you can get the best hunting experience, they’re likely to point you in this direction.

However, we must warn you that the Coshocton County, and the Woodbury Wildlife Area itself, is very popular. More often than not, you’ll find a significant number of nature lovers and hunters hanging around. As such, you need to put in some effort to get a place that doesn’t have a lot of human presence.

The name might not sell it, but Conesville Coal Lands is another excellent area for you to hunt in Ohio. You can find it on the Northeastern side of the state. It’s about 12,000 acres large, making it significantly smaller than Woodbury.

However, despite the disparity in size, this area still boasts of several redeeming qualities. For starters, it has a sizeable amount of wildlife for you to hunt. If not, it wouldn’t be on our list.

Alongside that, Conesville has several areas where you can conveniently set up a comfy camp for your hunting adventure. Finally, it has a reasonably lower amount of human activity.

That last part makes it perfect for hunting as you don’t have to worry too much about human interruptions. You should know that the reduction in human activity is because you need a permit to hunt here. Not to worry, though. You can quickly get a permit online or at a local bait shop.

Next to Woodbury, this is another popular place to hunt in Ohio. You can find the Dillon Wilderness Area in Nashport, Ohio. That makes it about a thirty-minute jog from Woodbury. So, technically speaking, you can cover these two hunting areas in one trip.

Nevertheless, Dillon is a great place to hunt. There’s a mouthwatering abundance of whitetail deer for you to get right to work on. You just need to keep in mind that much like Woodbury, this place is pretty popular too.

For that reason, the deer in this area are under a bit of hunting pressure. You’ll have to be prepared for human interruptions if you choose to go for this place. To avoid it, you’ll have to search for low human traffic areas in Dillon keenly. Outside these, however, Dillon is a place to be.

By many standards, public hunting grounds are an excellent choice. Alongside being ridiculously large, they open up your choices in many ways.

However, sometimes, having a bit of privacy is priceless. That privacy is what WolfCreek Whitetails offers you as a hunter.

As implied, WolfCreek Whitetails is a private deer hunting area in Ohio. It’s located in the Southeastern part of the state. For several reasons, customers continue to troop there satisfactorily.

People have said that the “semi-guided” hunt provides a great opportunity to get a great kill. The guidance here refers to treestands that have been pre-installed alongside great lands.

Coming in at the final number on our list is the Shawnee State Forest, another public hunting ground. This one is located in the Southeastern part of Ohio, giving you some breathing space from Northeast hunting areas.

Unlike the others on the list, the sheer size of this hunting ground is enough to make you excited. Sporting a whopping 60,000 acres, this is, by far, the largest deer hunting area in Ohio. With that size, it’s no surprise that there is a lot of wildlife available for hunting.

Its landscape is unique with thick woods and overgrown plants and trees scattered here and there. This might seem like a bit of a challenge for most. But, if you’re not the type to shy away from a rugged hunt, this location would be great for you.

9 Safety Rules to Know Before Hunting

So far, we’ve filled you in on how you can get the best hunting grounds, and we’ve given you our list to choose from.

But, before you head out to begin hunting, you should keep a few safety rules in mind:

Getting the perfect Ohio public hunting land isn’t quite as difficult as some might make it seem. We’ve broken it down for you here.

However, hunting is fun and exciting, but things can turn around when you get careless. As such, you must ensure that you always keep the safety tips in mind as you go.